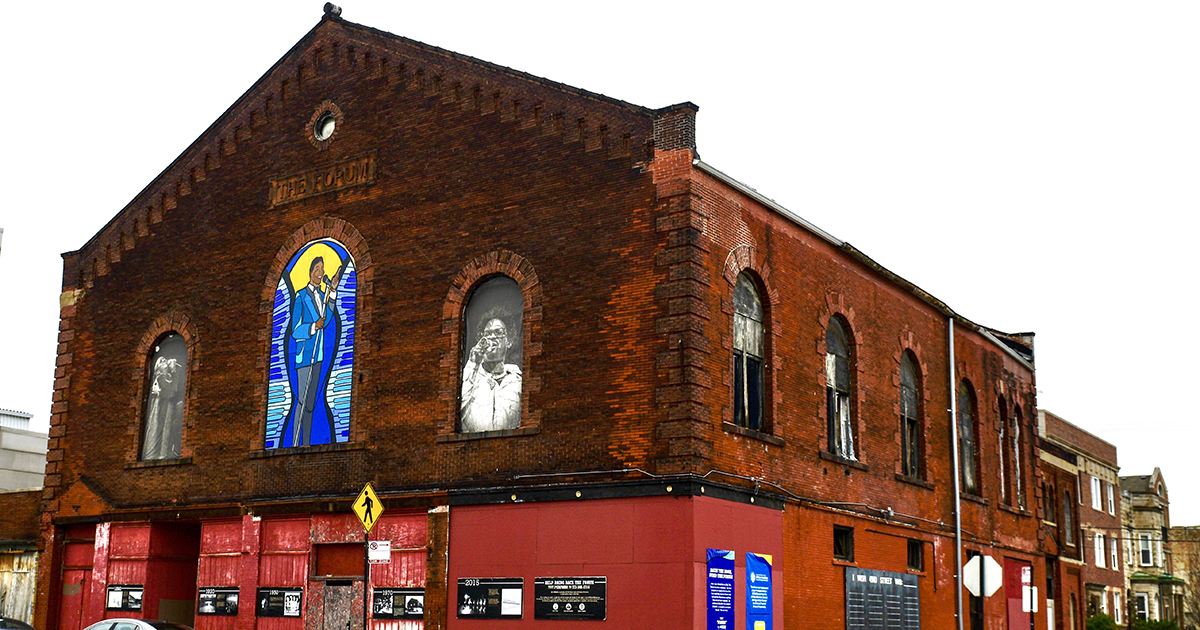 Thousands of Black and Brown Greta Thunbergs: Royce Cunningham's vision for the future

My colleague Dan Moring introduced me to Royce Cunningham, who leads ASG Inc, a Chicago-based alliance of construction industry pros advancing weatherization, green energy, and sustainability in urban communities. Royce self-describes as "70-year-old Black man in America, a great-grandfather (and a wonderful one) who wants to give his grandkids the future they deserve."

Royce's legacy won't be his degree, qualifications, or work, though they are certainly legacy worthy. It will be when his great-grandchildren, now elementary students and toddlers, become adults empowered to fight environmental injustice. And he knows how to get us there.

Let's start with an easy question. Tell me about yourself and how you came to be here.

Royce: I went to school for architecture at the Illinois Institute of Technology (IIT) in my 30s. My classmates, mostly fresh out of high school, wanted to design the biggest, best buildings. I wanted to spend my energy improving the lifestyles of the people we make housing for.

My mentor and I worked on a lot of senior housing projects on the South Side of Chicago and rehabilitation projects in the South Shore area.

One of our buildings received an award from Princess Diana because we made an abandoned housing building into a place I'd be proud to have my family live.

But this was long before I knew anything about sustainability. My passion was to make buildings that improved the lifestyle of the people who live there.

Royce, I really want to dig into this idea that you design buildings to improve the lives of the people who live in them, since it's come up twice already. Can you talk more about that?

Well, let me take us into the present. I'm working with IIT's doctoral program to develop a net zero affordable home of the future. It's more than just the technology, though—it's about building a sustainable community. There's even a beekeeping space.

And when you put a project like this in a neighborhood like Englewood, the whole neighborhood starts to transform. People get curious about the net zero lifestyle; they think about their role in reducing their carbon footprint. Especially the young people, the kids, they gravitate to it quickly.

Our clergy and political leaders are harder to turn, they don't always promote the lifestyle to African American communities. I understand why—they think we have other pressing priorities. And my response is 'no, we're responsible for saving the planet.'"

So what do you say to those leaders to help them see your side of things?

I like to share that our West African ancestors, well, we took husbandry of the planet from them and brought that to American in the Antebellum South. We became the folks who touched the soil, managed the agriculture, taught the colonialists how to care for the Earth, the animals. That's part of our DNA.
And the whole approach to reducing our carbon footprint is the 21st century extension of our legacy. And that's how I explain it to my great-grandkids.

When I talk to my great-grandkids about climate change and sustainability, they already sort of equate touching the soil with the Antebellum experience, so we turn that image around. When young Black people talk about working the soil, the first thing that comes to mind is picking cotton and slavery.

People in the villages of Africa, the rural US south, areas like Bronzeville with pockets of African Americans challenged by poverty—these communities know resilience. It's an uphill challenge to express to these folks that they have a responsibility to lower their carbon footprint, but we have the solutions. The challenge is explaining how they can help design resilient communities for future generations.

I've been thinking a lot lately about what it means to be a good ancestor. I love that your approach to sustainability is rooted in ancestry. I think that's what resonates most with people. I want to know more about how you came to know about sustainability.

Early in my career I had an epiphany about how I could make housing better by doing what I called "winterization," not knowing about weatherization. One of my alders connected me to folks doing federal weatherization work and I started to learn more about the health impacts weatherization could have.

Sometime after that, I was enlightened by a session with Vice President Al Gore around 2012–13. The room was packed with two, maybe three thousand people. Only about a dozen were African American, and three or four of them were there with me. I walked away with his passion and haven't looked back, but I also walked away realizing that we need to get more Black and Brown people fired up.

Why do you think there were so few Black and Brown people in that room, and in rooms where we talk about sustainability today?

There's anger from a lot of Black and Brown people.

Settler-colonialists have been poisoning us since Columbus. Their industrial age poisoned the air, poisoned the water, they destroyed thousands of cultures and murdered millions of people. And even today, in the neighborhood where I grew up and other urban African American communities.

We've got the most-traveled road in Chicago on one side of Bronzeville and the railroad tracks on the other. Trains come through every 5 minutes and pump nitrous oxide into the air at six times the levels of other major urban areas.

I've been breathing lead since I was about 8 or 9 years old, and I spent about 20 years in Chicago Housing Authority. So lead the air, lead in the water pipes, lead in the soil, who knows what people would be if we weren't stunted by poisoning from colonialism and industrialization and racism?

They've been poisoning us for generations.

We could easily rise up in anger and demand reparations and restitutions, but we just want them to give us the health support we need to offset the poisoning in our system.

Being in my 70s now, it's a wonder I can walk through a metal detector without it going off.

People pushing climate change could get more Black and Brown people on board if they help us figure out how, as victims of environmental injustice, our development has been impacted.

Maybe there's some medical attention we need, or financial restitutions to make it right. Maybe there are other things we need to do to level the playing field.

Matter of fact, you could just stop the damn poisoning, okay?

I think the recognition and highlighting of environmental justice might be the starting point. We can't dwell on it too long, but we need to shake hands and acknowledge that it happened and find a way to move forward so that my great-great-grandkids can enjoy a planet in 50 to 60 years that's better than we've experienced.;

Maybe rich people need to shake hands with the third world folks of the world and find ways to get their participation in saving the world. Maybe an apology is in order. Maybe some blame sharing and wealth sharing needs to happen.

Wow, I've got chills, Royce. We can't beat around the bush with this stuff. We've got to name environmental racism for what it is. You keep talking about the future you have in mind for your great-great-grandchildren. I'd love to hear more about that.

I love Greta Thunberg. And my vision is that there are thousands and thousands of Black and Brown teenagers who are writing songs and composing raps about nature, conservation, climate change, and environmental justice.

Michael Jackson's "We are the World" helped galvanized a movement. Marvin Gaye wrote a song, "Mercy, Mercy Me (The Ecology)" long before we were talking about global warming. We have a record of musicians helping shape change; we need to inspire that in the future generations.

We want to get kids and teens inspired to make music in celebration and in protest. To take to the streets to take back the role their ancestors played in a powerful 21st century way.

I still live in Bronzeville and was born and raised on the other end in CHA public housing. We never knew about the pollutants and how they impacted us. We probably should have been wearing masks 20 years ago in Bronzeville.

My vision is that places like Bronzeville, our schools, Lake Michigan are protected. The lake has been a hub attracting people for thousands of years—I call it a spiritual energy hub. The kids in Bronzeville deserve that too.

We could easily compose a vision where we've got thousands of high schoolers and elementary schoolers inspired by protecting that hub. Picking up trash on lakeshores, learning to protect the vulnerable wildlife we have because we are on the coast of Lake Michigan on the bird migratory path.

I told a story about a glass building I made bird-strike friendly after seeing dead birds there every morning who had flown into the grass. These second and third graders gravitated towards that. They asked how they could do that on the glass at their school.

That's a starting point. Once we find a point of entry, we keep shaping them. I'd love to see hundreds of electric school buses bussing these children into schools with less asphalt and more green space.

I'd like to see resources to have children plant trees in kindergarten that they watch grow alongside them until they graduate. This helps with carbon sequestration and helps students connect with their Earth. This is what influences their career paths, and whether they go into green jobs in the future.

If you're three foot tall, where's that exhaust pipe? Right at your face. Come on y'all. Our school bus fleet should be all electric tomorrow for the health of the students!

I bet you the careers we need right now 90% of my neighbors know nothing about. We need to take these job titles that we don't know anything about and start teaching kids. It's not complicated.

If these South Side students were paid to pick up trash, if the school system built curriculum where they knew about climate change, knew about the environment…

The next time the powers that be tried to cut down trees, pave over parks, or expand Lakeshore Drive, my great-grandchildren will grow up to say…

"No, you can't do that. You can't compromise our future by increasing emissions. Those things will impact my grandkids and will keep from enjoying the things my great-grandfather enjoyed about Chicago."

We all know the cliché, the children are our future. But they really are, and this isn't complicated stuff. You're right. We name the beast of environmental racism. We teach kids to see themselves as part of the natural world and in community with each other, and we start to see change.

Absolutely, Rachel. And I guess I wanna say one more thing about that. I hate racism. Just hate it. One of the tentacles of racism is environmental racism. And we can use that as a starting point to unravel the complexities of racism in general.

If the powers that be infuse money into communities like Bronzeville, we'll see a cascade of change.

And if you're one of those people living a fuller life, on one of the coasts or in a high rise, before long you'll have to breathe the same air we do. It behooves us all to solve these problems before we reach the point of no return for our great-grandchildren. 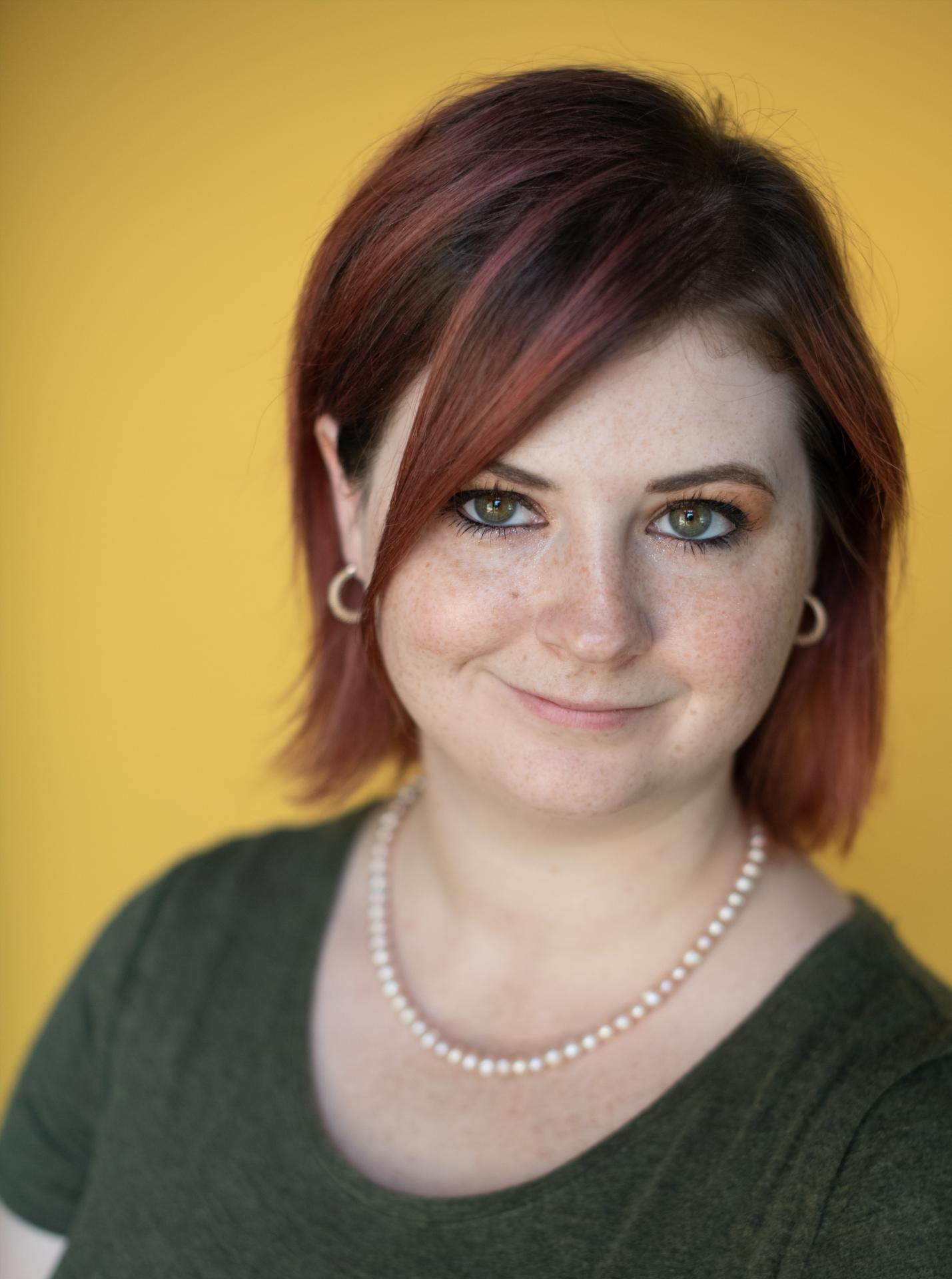 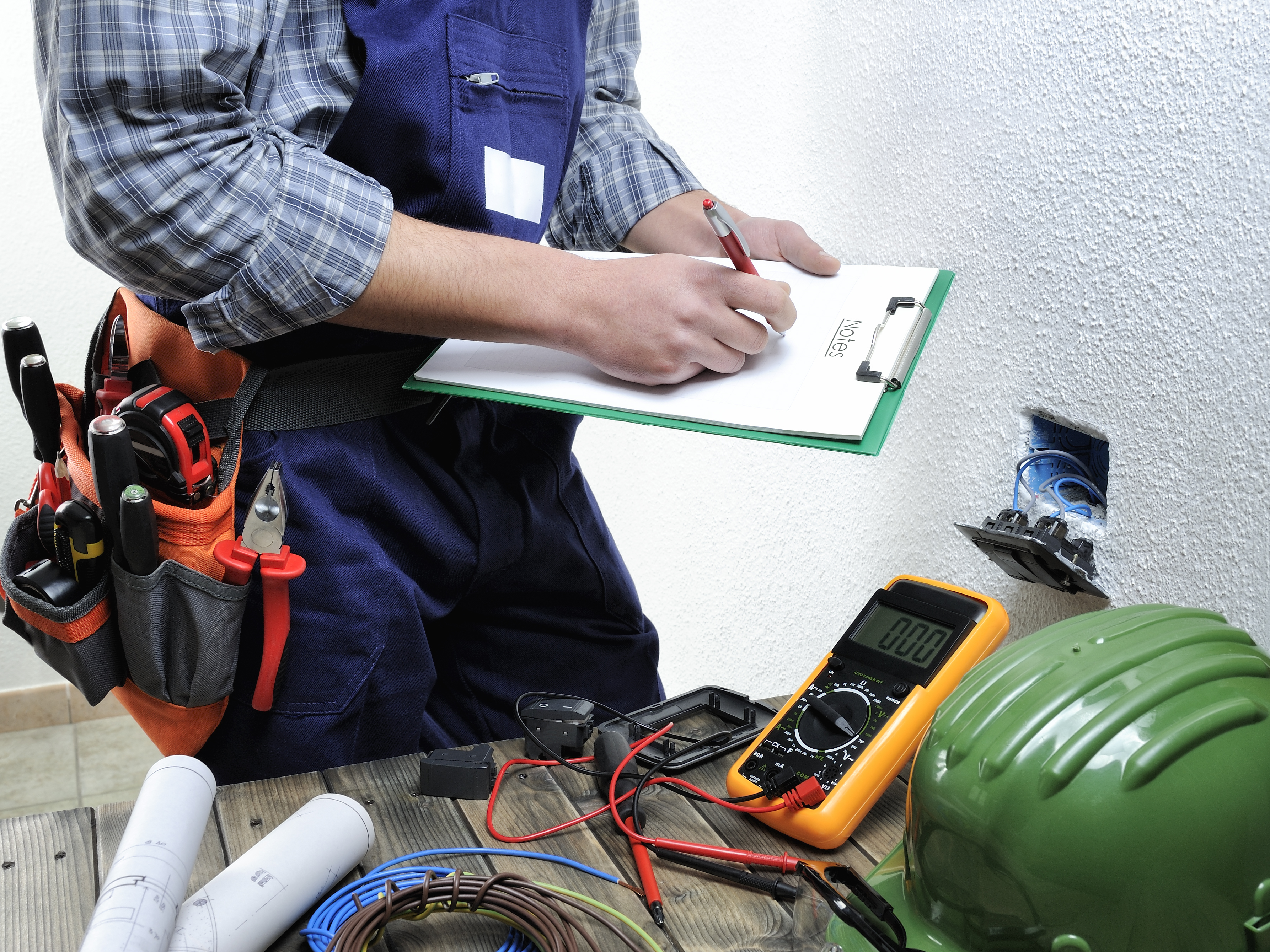 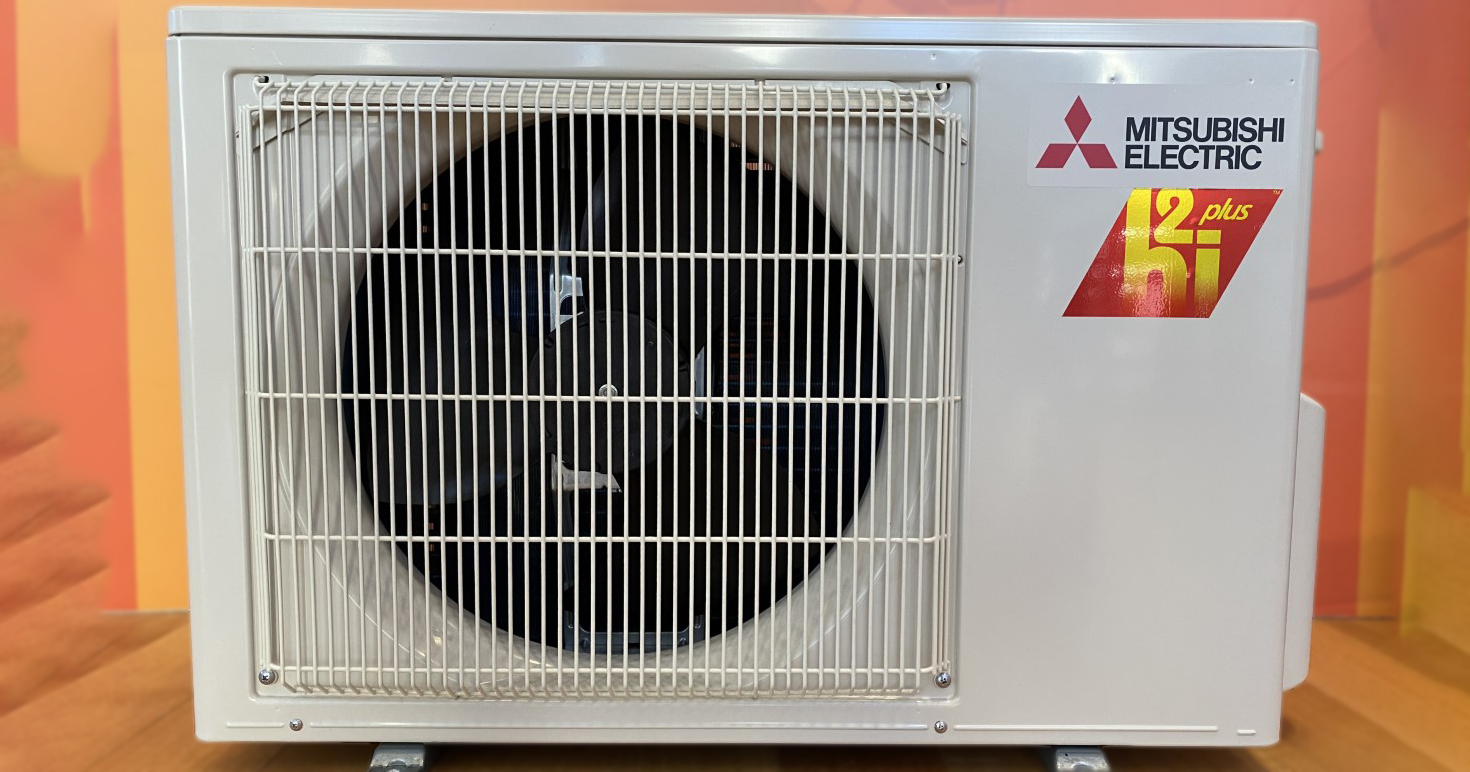 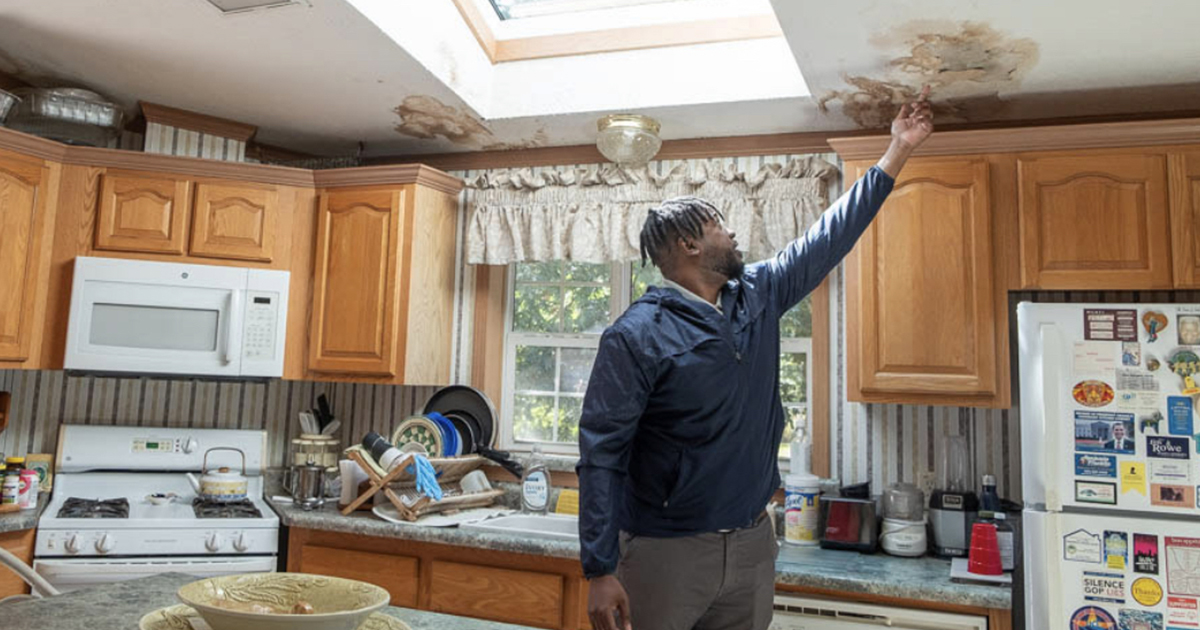 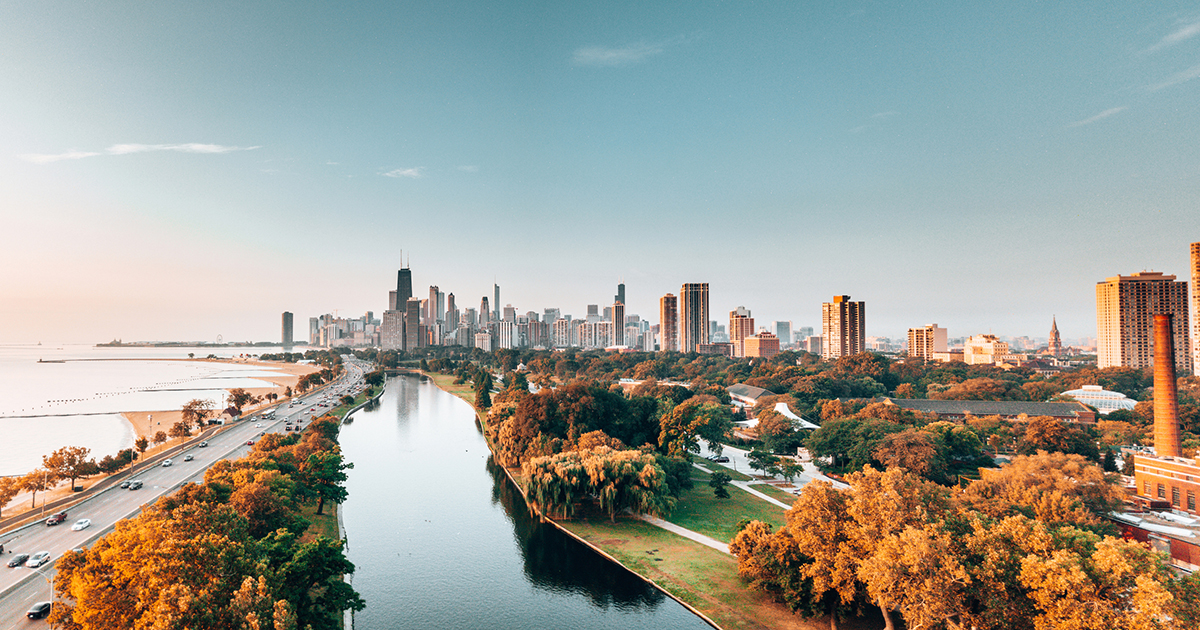 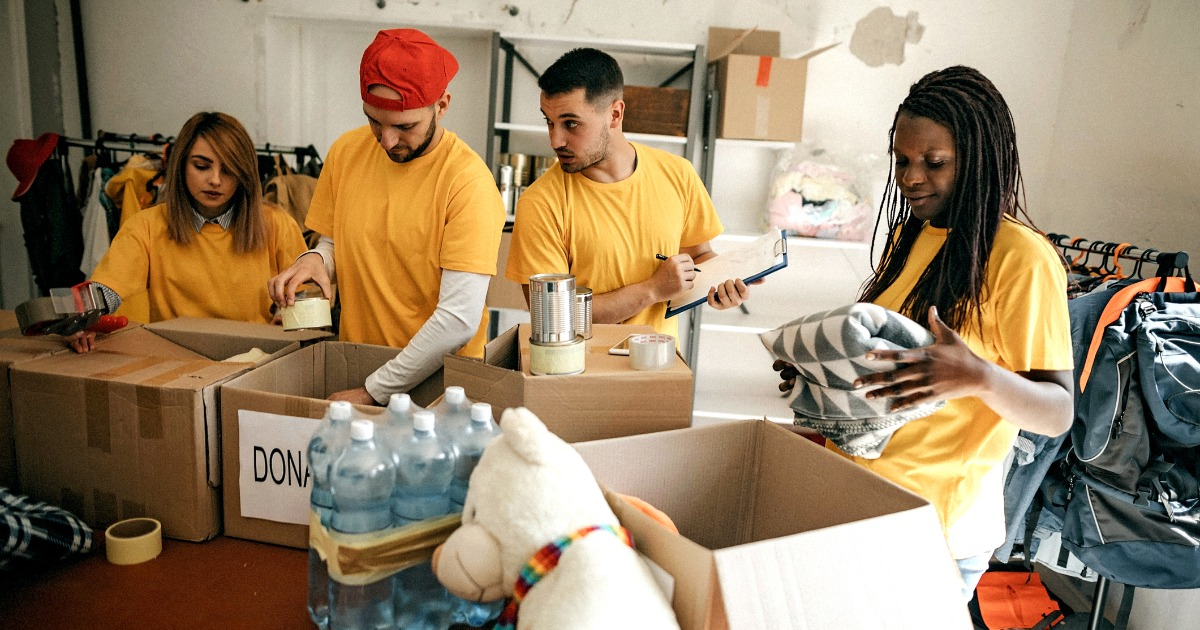